فارسی
39
Days
Time to the opening 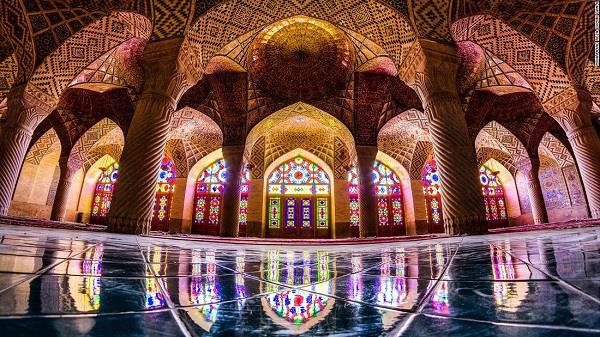 Iran is the eighteenth largest country in the world. Its area roughly equals that of the United Kingdom, France, Spain, and Germany combined, or slightly less than the state of Alaska. Its borders are with Azerbaijan (432 km/268 mi) and Armenia (35 km/22 mi) to the north-west; the Caspian Sea to the north; Turkmenistan (992 km/616 mi) to the north-east; Pakistan (909 km/565 mi) and Afghanistan (936 km/582 mi) to the east; Turkey (499 km/310 mi) and Iraq (1,458 km/906 mi) to the west; and finally the waters of the Persian Gulf and the Gulf of Oman to the south. Iran's area is 1,648,000 km² (approximately 636,300 sq mi). Iran's economy is a mixture of central planning, state ownership of oil and other large enterprises, village agriculture, and small-scale private trading and service ventures. Iran ranks second in the world in natural gas reserves and also second in oil reserves. It is OPEC's 2nd largest oil exporter. Greater Iran is home to one of the richest artistic traditions in world history and encompasses many disciplines, including architecture, painting, weaving, pottery, calligraphy, metalworking and stone masonry. The Culture of Iran is a mix of ancient pre-Islamic culture and Islamic culture. Iranian culture probably originated in Central Asia and the Andronovo culture is strongly suggested as the predecessor of Iranian culture ca. 2000 BC. Iranian culture has long been a predominant culture of the Middle East and Central Asia, with Persian considered the language of intellectuals during much of the 2nd millennium, and the language of religion and the populace before that. The Sassanid era was an important and influential historical period in Iran as Iranian culture influenced China, India and Roman civilization considerably, and so influenced as far as Western Europe and Africa. This influence played a prominent role in the formation of both Asiatic and European medieval art. This influence carried forward to the Islamic world. Official language of Iran is Persian. Next to Persian there are many publications and broadcastings in other relatively large languages of Iran such as Azeri, Kurdish and even in relatively smaller ones such as Arabic and Armenian. Many languages have originated from Iran, but Persian is the most used language. Persian is a tongue belonging to the Aryan or Indo-Iranian branch of the Indo-European family of languages.